The store will not work correctly in the case when cookies are disabled.
Skip to the end of the images gallery
383 PCS

Skip to the beginning of the images gallery

IMPORTANT: Support  SkywardBrick - the designer of this MOC set from here: https://bit.ly/2YjBvCS 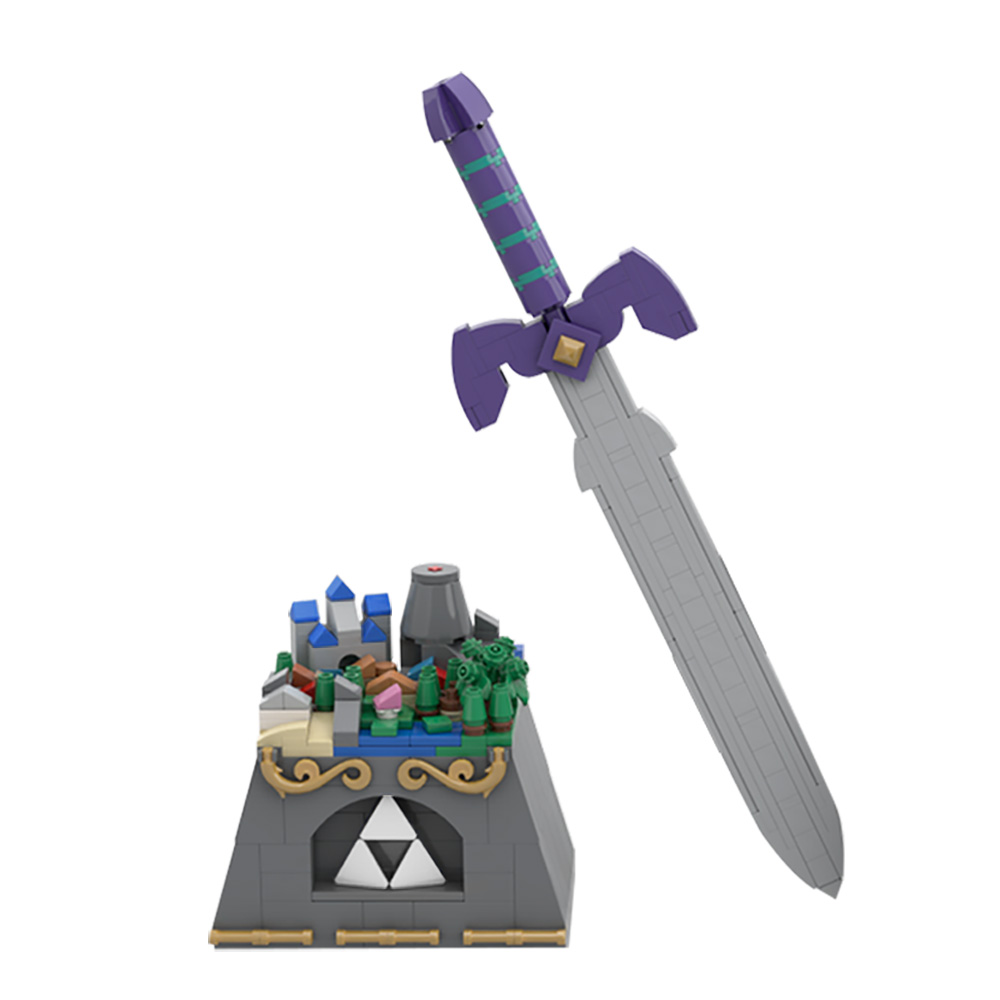 Feature:
1. The terrain of Hyrule Castle is very complicated. There is a castle town in the ruins, a red smoke ring of a dead volcano on the top, and dead wood.
2. Go through the forest and over the mountains, climb to the castle through numerous levels, and rescue the princess.
3. By building Hyrule Castle, it is helpful to develop intelligence, exercise practical ability and imagination. The proportion, arrangement, joint, ring, symmetry, etc. in the building blocks are all good for intelligence.
4. The comprehensive use of a variety of different types of building blocks to build real objects is conducive to the cultivation of imagination and creativity, and enhances hand-eye coordination.

Description:
In the distant past, the world was in the age of confusion. In a certain kingdom in Hailar, a golden triangle with mysterious power was passed down from generation to generation, known as the "triangular force." One day, the Great Demon King Gannon, who was attempting to dominate the world with dark terror, led the army of demons into the country and took away the triangle of "power". Princess Zelda was worried that the kingdom would suffer from evil rule. In order to protect the remaining "wisdom" triangle, she divided it into 8 parts and hid them everywhere. At the same time, she ordered Impa, her most trusted nurse, to find someone who had the courage to defeat Ganon and help her escape secretly. Ganon was very angry when he found out, arrested the princess, and hunted down Impa.
After crossing the forest and crossing the mountains, Impa desperately flees, finally exhausted, surrounded by Ganon's men. At the very moment, a young man appeared, who cleverly plunged Ganon's men into chaos and rescued Impa. His name is Link, and this happened during the trip. Impa explained everything one by one. Link ignited a sense of justice and decided to rescue the princess, but in order to fight Ganon who possessed the "power" triangle power, he had to collect the "wisdom" triangle power pieces. Otherwise, they cannot invade the "Mountain of Death" where Ganon lives.